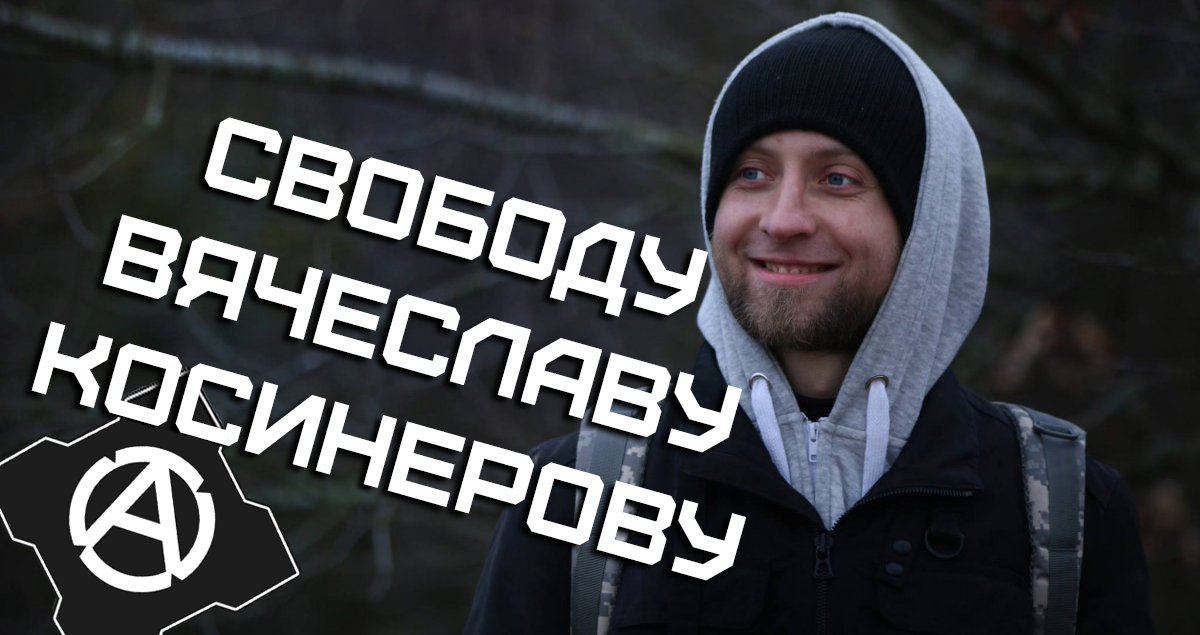 In Moskovsky District Court in Minsk is being held the trial in the criminal case against Vyacheslav Kosinerov is being held On the 27th of April at 10 am. The notorious Alexander Petrash, who has already distinguished himself during recent administrative cases, was appointed as a judge. You can find more information about this person on the site “BandaLuki”.

It should be reminded, the activist is charged with a serious offence (ar.339, p.1) for his performance. During the action he slipped noose about the neck of the poleceman-official’s statue, expressed his protest against police arbitrariness and prosecuting anarchist’s activists.

Kosinerov has been one of the Poshug (before he left this organization) activist and has supported ideas about defence of belarussian culture againts imperialism influence from Russia. He has supported Minsk antifaschists.

We don’t think that Vyacheslav is a nationalist. In our point of view, nationalism is an idea about social association on a national basis (not class basis), perhaps, against more important enemy and it proclaims nation as a main goal of social life. In Vyacheslav’s case in general we haven’t seen any nationalistic appeal (to unity with belarussian capitalists against russian one or something like that) for a long time (how much we could see). That’s why for us this blame is only label not real state of affairs.

We encourage everyone concerned to organize actions of solidarity with Vyacheslav Kasinerov. Also we encourage all known to police activists to visit the trial. Remember that most likely the checkpoint will be installed at the entrance of the Court, where you’ll be asked to show your passport data and your personal effects. We advise all unknown to security services anarchists not to visit the trial.

Solidarity is our power!